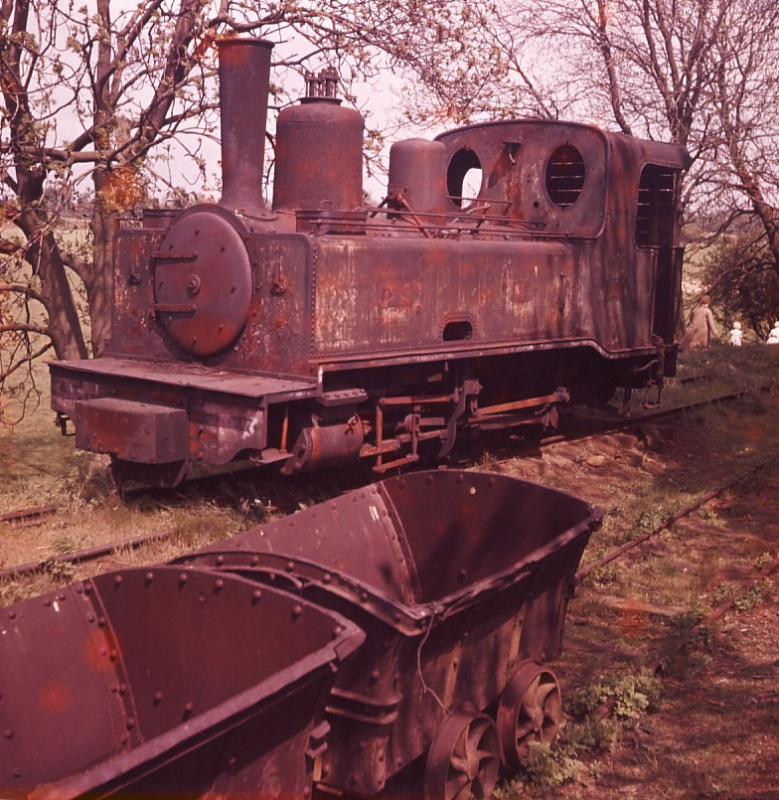 I think this is actually a photograph of the other French engine on the system, "Nantes". The photo appears to have been taken circa 1963 (obviously the 2007 date given is an error!). I visited in late summer of that year, and Nantes was derelect outside, while Cambrai was in the shed with Dreadnought, both in very smart external condition. The system was closed by then.

Definitely Nantes rather than Cambrai - the Walschaerts valve gear is the giveaway.

This image is of 'Nantes', Corpet-Louvet No.963 built in 1903. Although 'Nantes' was scrapped in 1960, it's chimney somehow ended up on 'Cambrai' ,L.Corpet No.493. 'Cambrai' is now at the Irchester Narrow Gauge Railway Museum , near Wellingborough

Definitely Nantes. Apart from the preserved Cambrai, the engines had been cut up by 11 Novermber 1960, according to Eric Tonks's article in the Industrial Railway record. I saw Nantes in the same position and condition as in this photo in summer of 1960 and see no reason to doubt the caption date of 1956