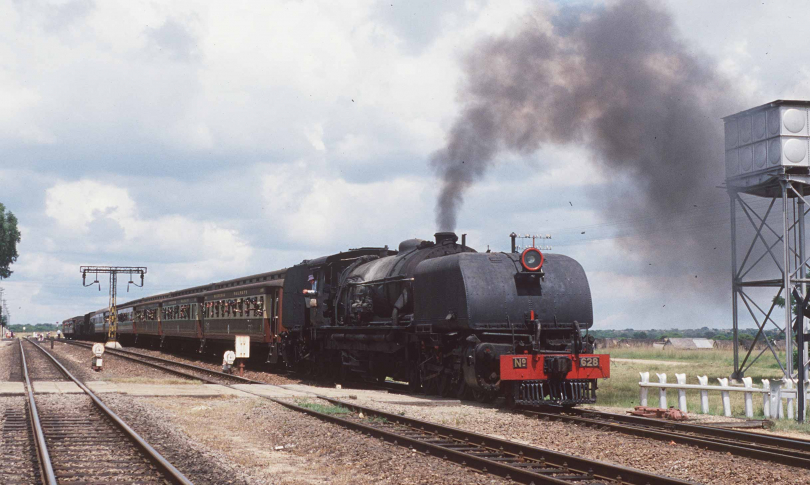 Garratt number 628 at Heany Junction with a train off the West Nicholson branch. The first few carriages were added to bring back Rhodesian army soldiers to Bulawayo. The war between Iain Smith's government and Robert Mugabe's forces was in its closing stages st the time. February 1978.