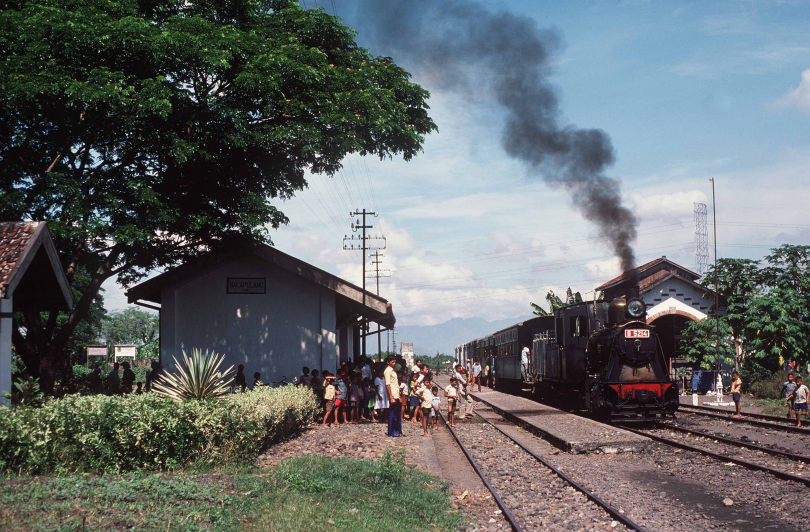 0-4-0 B5214 on a mixed train at Balapulang station. This line used to be standard gauge and was converted to 3ft 6ins gauge during the Japanese occupation of Java in the Second World War. Fans of the Bala and Launceston lines may note that the idea of laying ng railways on the routes of old sg ones is not new, and neither is the use of 0-4-0's on passenger trains! August 1978.