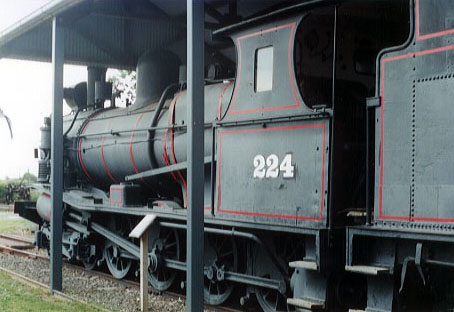 Preserved 4-8-0 T224 at Millicent South Australia.
The loco is well protected from the elements.
The railway to Millicent was converted from 3'6" gauge to 5'3" gauge in 1955 and the T class were sent away to the Northern and Eyre Peninsula narrow gauge divisions. T224 was eventually returned to its former stamping ground for preservation

Locos 1 and 10. Level crossing where truck failed to stop. A huge mess!