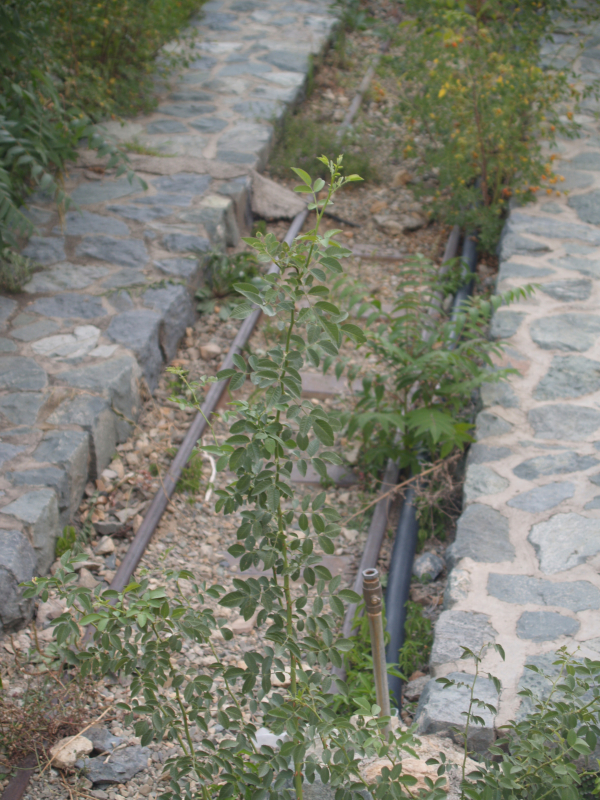 One of two former lines up against the mountain to a teahouse in a park in northern Tehran. These lines were used to build and supply the teahouses. The teahouses are still there, but the lines are out of use. Unfortunately, I could not establish the width of the gauge (no measuring instrument with me...) but it's probably 600mm or so. Also, no background information as to the period of use, but according to an Irani probably used in the '70s.