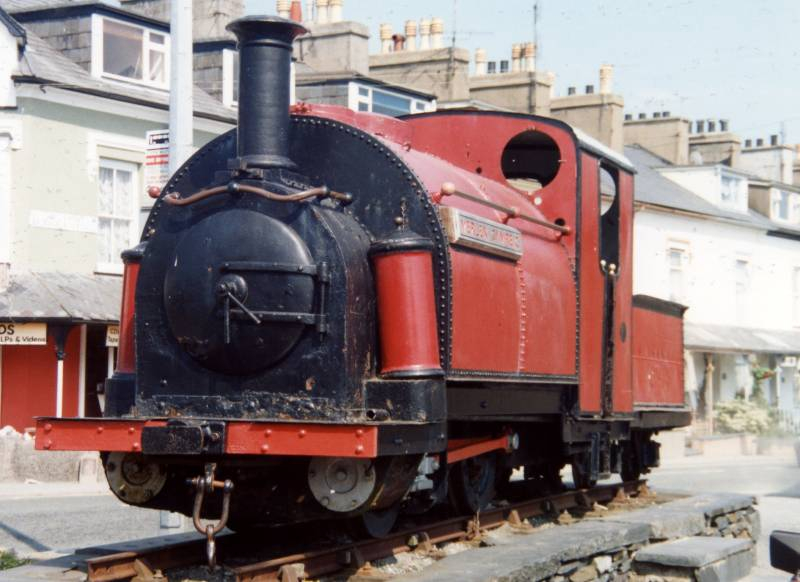 A George England loco built 1867. The boiler was condemned in 1938. Known also as Merlen Cymreig. Seen stuffed and mounted on plinth outside The Harbour Station. She is now stored under cover.

Following her heavy repair/rebuild, Welsh Pony has now (summer 2020) been returned to steam and re-joined the active fleet.