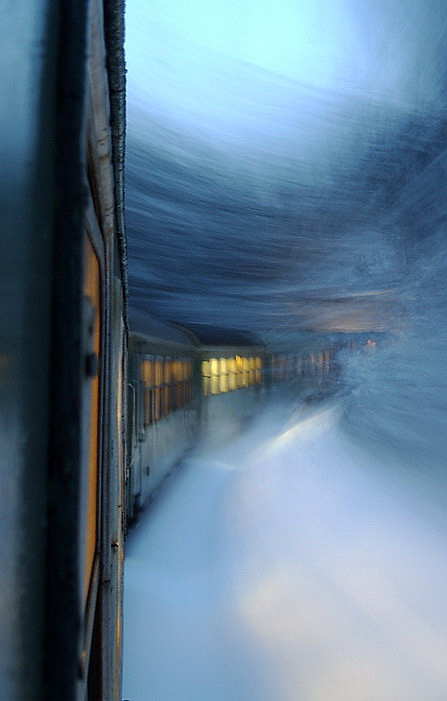 The photo won the Hewlett-Packard photo contest named "Winter fairytale" in the winter of 2005-2006. Picutre taken on the Septemvri-Dobrinishte narrowgauge railroad, near the highest trainstation on the Bolkans.