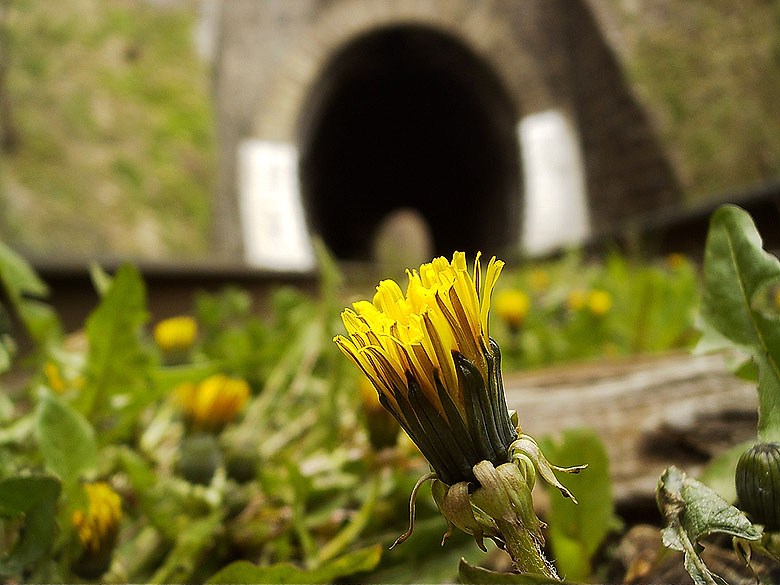 A photo taken near the highest trainstation on the Bolkans, showing how the flowers do grow among the railroad in Spring 2006. At the back we can see Tunnel 28 from the line.

Gauge is 760mm.The Septemvri-Dobrinishte railway is opened before almost a hundred years, and is functioning still, every single day. The line is long 106 kilometers and passes thru some amazing mountain sections, where the tracks would eventually go underthemselve ( a "snail" structure ). There are 35 tunnels among the railroad, and also the highest trainstation on the Bolcans is found here - Avramovi Kolibi located at 1267 meters above sea level. You can imagine how steep the train goes, as it starts near 200 meters above sea level at the Septemvri trainstation! This railroad is considered one of the most-beautifull in the world, still operating until today. And the ticket for a round trip costs about 3 £ !