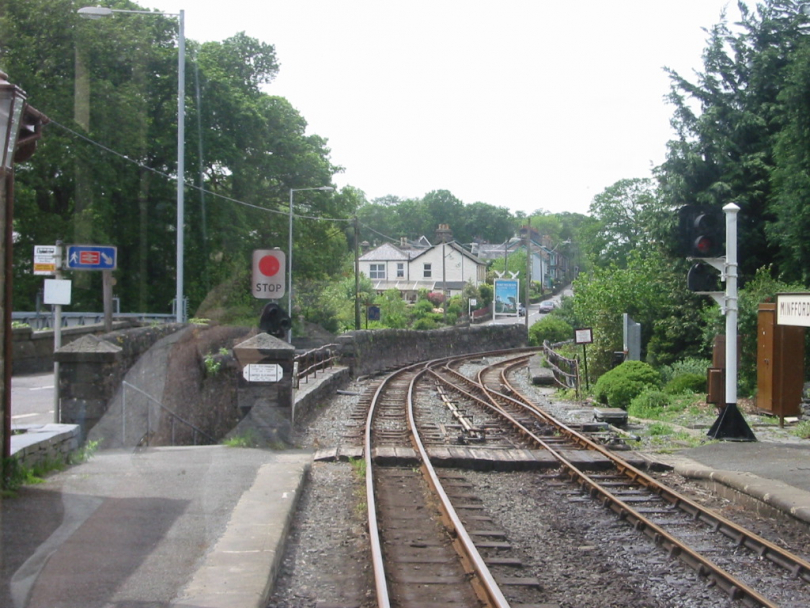 Boston Lodge was the site of the quarry for the stone used in building the Cob - 1808-11. It served as office, stables and barracks during construction; it was named after Madocks's parliamentary constituency in Lincolnshire.

If you didn't notice that station is the second out of porthmadoc, minffordd
it says so on the sign. you can see the first letters to the top right of the picture.
but all of the facts on boston lodge are a'ok