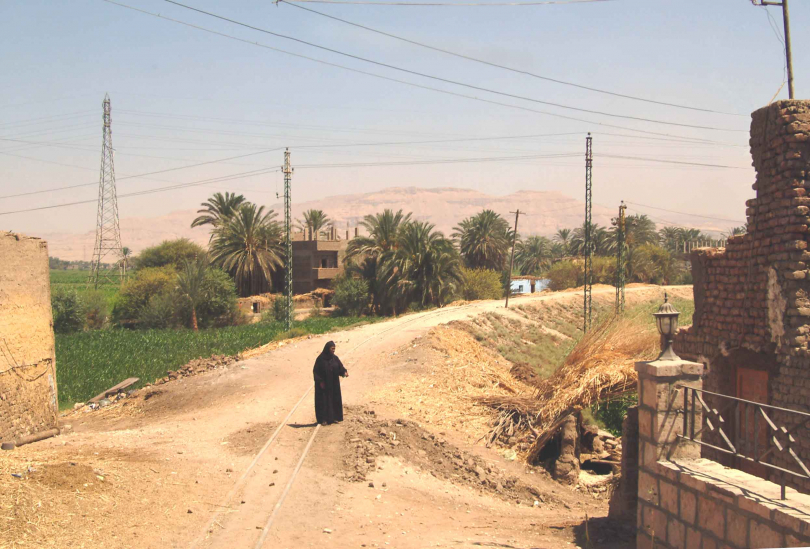 Another railway glimpsed from a tourist coach near New Qurna on the west bank of the Nile, probably a sugar railway. There are several of these lines near Luxor on both sides of the river. I was told that the zafra here runs from December for about 3 months.